This apartment and our agency

A beautiful apartment of 107 m² with a lot of character, recently renovated, located rue des Rosiers (pedestrian street) in the 4th district is on the 1st floor of a 19th century building.

It is composed of a double living room, a fully equipped kitchen, a bathroom and shower room and two spatious bedrooms.

In the heart of the Marais, a very fashionable district, where you can find the most beautiful facades of the capital, the 4th arrondissement is marked by history. Clothing, goldsmiths, jewelers, and watchmakers are the main trades that have given the district its character. There are also many designer stores, painting and art galleries in the surrounding streets.

Just a stone’s throw from the Place des Vosges, the Picasso Museum, as well as from République and Bastille.

Rue des Rosiers is one of the most famous streets in the Marais. It is notably known to welcome the Jewish community of Paris. Its two synagogues and its typical bakeries are its main symbols.

A question?
Read our frequently asked questions or contact us
Calendar

Search for another apartment 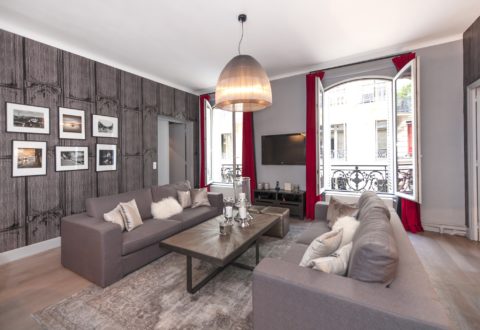 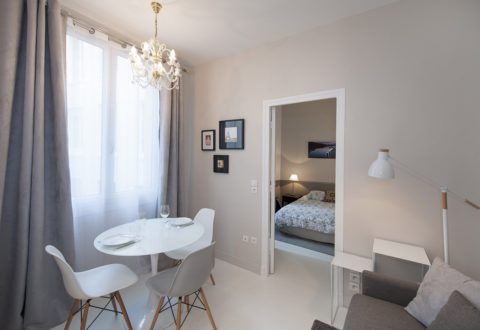 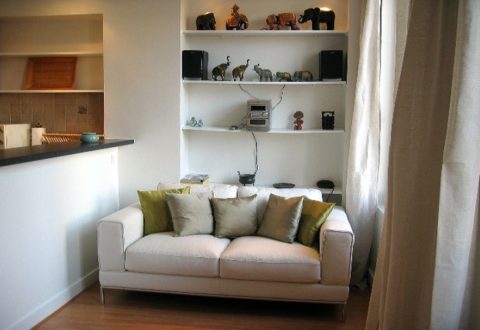 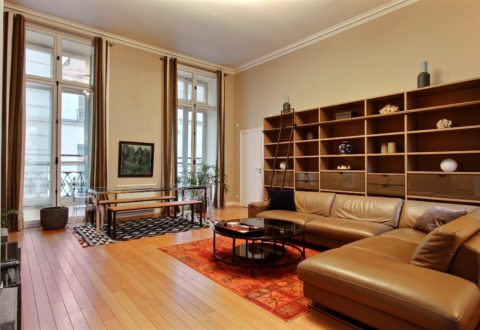