Accueil / Blog / Tips for tenants / Water damage in a furnished rental: who is responsible and what steps to take?

Water damage in a furnished rental: who is responsible and what steps to take?

Few expressions cause as much anxiety as the term “water damage”. And for good reason, a flood in an inhabited property can have dramatic consequences from a material point of view, if the furniture or electrical equipment are affected, but also from a financial point of view, as the resulting repairs are often costly. As a matter of fact, the responsibility of the said damage must be clear, in particular when it concerns a rented property, and the subsequent actions as well.

What exactly is water damage?

This generic term refers to any type of damage related to the presence of water in an unnatural place. It can be a leak linked to old pipes, to joints that have lost their watertightness, to a hot water tank that has reached the end of its life or even to a roof in poor condition. Thus, the factors can be multiple and come from an element of the apartment, from a neighbor’s or from the building itself.

Whatever the cause, the response must be as quick as possible to avoid further deterioration of the premises, which would result in higher costs.

Who is responsible for the water damage?

Depending on the origin of the leak, the responsibility can fall on the tenant or the owner and it is ultimately the corresponding insurer who will have to pay the costs.

Generally speaking, the tenant is considered responsible for the damage if it is related to the regular maintenance of the dwelling. Decree 87-712 of August 26, 1987 lists the repairs that the tenant must perform to maintain the property in good condition. Among these are:

On the other hand, water damage is the responsibility of the landlord if the general condition of the apartment is deemed to be in poor condition at the time of rental. If the diagnosis indicates, for example, that the lack of heavy work on the pipes is the cause of the problem, the owner’s insurance will be responsible for paying for the repairs if they exceed 1,600 €. If the amount of the damage is lower, the tenant’s insurance will pay for it.

Responsibility of a third party

It can also happen that the leak is not directly linked to the apartment. If it comes from the common areas, the condominium as a whole will be held responsible and the tenant’s insurance will have to pay for it. If the roof or the waterproofing of the building is at fault, it is the building’s insurance that is responsible according to the IRSI agreement, which in 2018 took over from the CIDRE agreement.

If the leak comes from a neighboring apartment (most often the one above), it is essential to make an amicable report.

How to fill in a water damage report ?

This form has three pages, each of which is intended for a different organization:

Each page is composed of three sections:

How quickly should a water damage report be filed?

The extent of the damage can be important and evolve rapidly, it is important to act quickly. This is why you should contact your insurer within 5 working days following the discovery of the leak. Otherwise, all or part of the compensation could be refused.

The main information to be specified is :

Do not hesitate to provide as many photos as possible to describe the situation.

Besides his insurer, the tenant must also imperatively inform the owner of the apartment

If you find the source of the leak, turn off the corresponding water tap to limit its impact. Otherwise, you must call a plumber who will search for the leak.

The origin of the leak is known, what happens next?

Once the search for the leak has been carried out, the tenant must have the material damage estimated by a professional. If the damage is less than 1,600 €, the home insurance will pay for the necessary repairs and the damaged furniture. If the damage is greater, the insurer (in this case, the tenant’s insurer, regardless of the cause) will have the damage assessed by an expert. The expert will assess the amount of damage that the tenant’s insurer will pay before turning to the other insurance companies involved, depending on the estimated degree of responsibility.

Online tools can help you to know what precise steps to take at each stage of the water damage.

More questions about furnished rentals? Check out our FAQ!

My apartment suffered water damage several months ago and the repairs have not been made, is this normal?

Unfortunately… yes. The number of intermediaries that have to intervene in the case (one or more insurance companies, a plumber, an expert, the syndic, possibly the co-ownership…) combined with the unpredictable capacity to deal with this type of case quickly and their growing number (4030 water damages recorded per day in 2020 according to the FFA figures) mean that you will necessarily find yourself frustrated by the slowness of the situation. We can only advise you to be patient, in the end the problem will be solved. Fight the bad smells with essential oils while waiting for the work to be done to restore your apartment to its original appearance.

You have understood that water damage is a painful, frustrating and sometimes time-consuming experience. As we saw, the tenant is responsible for the equipment of his apartment. So we can only recommend that you do your utmost to avoid it. Do not hesitate to maintain the visible part of the plumbing in good condition, avoid the accumulation of limestone and unblock the pipes regularly. If you have any doubts about the condition of the plumbing, call an expert. Prevention is better than cure!

You have questions?
You did not find the desired answer, we can answer you
Contact us
Go to the list of furnished apartments that we manage 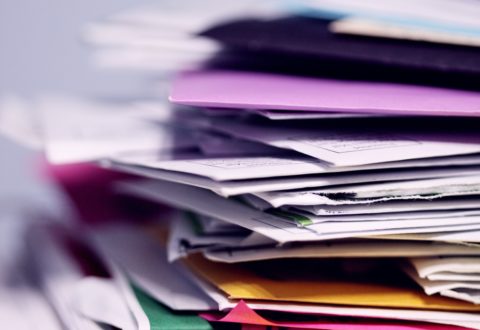 Rental file : which documents to provide?

The Japandi style, the ideal decorating trend to soothe your interior 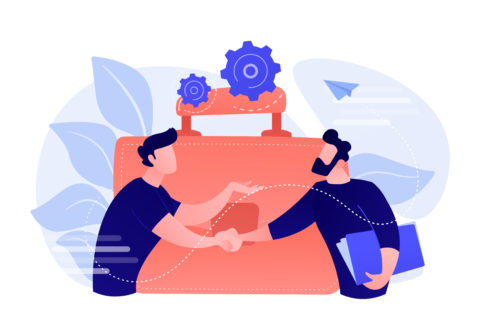 Termination of a furnished rental lease: how to proceed? 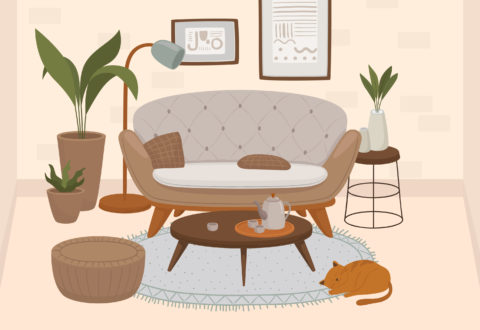 The 5 advantages of furnished rentals

Read more
My selection of apartments